The Brightlights, a Filipino singing group based in Ireland composed of young national prize-winners and title-holders, will perform in a major concert in Dublin this November. Formed in May 2018, this group of five teen artists has won a series of singing competitions individually and was recognised on November 2018 as Role Models for the Social Inclusion Week of South Dublin Council where they performed & received high praises from the Dublin City Council Social Inclusion Committee. The band is professionally trained and managed by MelGMedia Events and Productions owner Melissa Ferraren, who is a former vocalist and prodigy of Asian Academy of Music Performing Arts School in Cebu.

A closely-knit group that always puts education and God first, The Brightlights is a dynamic ensemble of vocal talents who have unique individual strengths in different genres, but complement and bring out powerful performances together. Marby Lynn Arriola, 17 years old, is the Grand Champion of 2019 Ireland’s Talent Search, First Runner Up in 2019 Wexford Got Talent, and a Finalist in The Voice UK Kids 2017. She is currently doing her Leaving Cert at Kildare Town Community School in Co. Kildare.  She plays the keyboard, loves to dance and draw, and her singing idols are JC Jay, Christina Aguilera and KC Tandingan.  Apart from aiming to be a pop star, she wants to become a psychologist. Marby was born in Thailand then moved to Ireland in 2004 with his parents Arby from San Andres Bukid Manila and Maria Theresa Arriola from Datagon Negros Oriental. Marby’s musical talent is in the genes as Arby is a pianist while Theresa is a freelance vocalist and healthcare assistant. Gwenaelle (Gwen) Noval, 15 years old, is 2018 Ireland’s Talent Search Grand Champion, 2019 Ireland’s Variety Show Grand Champion, 2016 Junior Teen Stars Ireland, and winner of Stars In their Eyes. Now a 5thyear student at St. Mary’s Glasnevin in Dublin, Gwen plays the guitar and ukulele, loves to dance, and idolises Beyonce and Morissette.  She wants to become a Music Therapist. Gwen was born in the Philippines to parents Ariel Noval and Rowena Noval  both from from Dinaluphin, Bataan.  They moved to Ireland on 2005 were Ariel now works as a chef while Rowena is a clerk at a local church. Joshua Regala, 14 years old, is the 2019 Ireland’s Teenstars Grand Champion, 2019 Teenstars Ireland Senior Grand Champion, 2018 Pulse Got Talent Grand Champion, and 2017 3rdPlace Winner of Teenstars Ireland Kids. A Second Year student at Beauford College in Navan, Co. Meath, Joshua plays the piano and guitar, loves badminton and basketball, and his singing has always been inspired by Adele. Joshua hopes to work in the music industry and become a doctor. He was born in Ireland to parents Agustin (Jun) Regala from Manila and Narcisa (Ysay) Regala from Misamis Occidental.  They have been living in Ireland since 2002 where Jun is now working as a Medical Records Transport Staff at Connolly Hospital Blanchardstown while Narcisa is a Nurse at the same hospital. 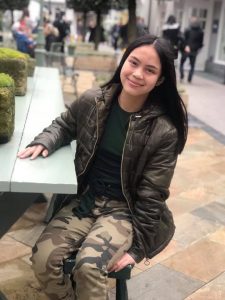 Fiona Cassandra Vargas, 12 years old, was 2018 Kildare’s Got Talent First Runner Up and 2019 Ireland’s Talent Search Contender. Fiona is a First Year student in Holy Family Catholic School in Newbridge, Co. Kildare.  She plays the ukulele, loves to dance, and admires Moira, Morissette and Sarah Geronimo.   She was born in Ireland to Vic Vargas from Gattaran, Cagayan Valley and Shiela Vargas from Cebu.  Fiona and Shiela have been living in Ireland since 2001 where Shiela works as a Quality Assurance Supervisor while Vic continues to run their own restaurant in the Philippines. Shaniah Rollo, 15 years old,  is 2018 Ireland’s Got Talent Semi-Finalist and 2018 Eurovision Kids First Runner Up. She performed in ABS-CBN’s ASAP TV show in August 2019.  A 3rdyear student at St. Mary’s Glasnevin in Dublin, she loves to read, draw, write songs, and can play the ukulele, guitar and piano.  She looks up to Ariana Grande, Billie Eilish, Jimin of BTS KPop, Moira, Sam Conception, Yeng Constantino and Iñigo Pascual.  Shaniah was born in the Philippines and moved to Ireland in 2016 with parents Narciso (Narz) Jr. Durias from Sta. Maria Laguna and Jocelyn Ojano Rollo from Sta. Maria Laguna.  Narz is a vocalist/guitarist of professional band Tropical Storm while Jocelyn is a homemaker.

Their Filipino parents keep them involved in Philippine community events in Ireland.  With only Fiona who can speak Visayan, the rest of the singers can only understand the Filipino language and utter a few words but they all want to connect to their Philippine roots and learn more about the Filipino culture.  Their message to all the young people in the world is “Follow Your Dreams!”

“The Brightlights Live on Stage” will be on November 29, 2019 8pm at The Civic Theatre Tallaght in Dublin.  It will be directed by band manager Melissa Ferraren and choreographed by Veronica Sardiko, Director/Choreographer of MyArtDublin.