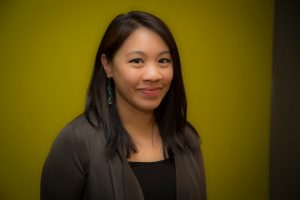 2017 Murray State Emerging Scholar Awardee Diane Nititham talks about her book on Filipino Diaspora based on research conducted in Ireland & the Philippines. 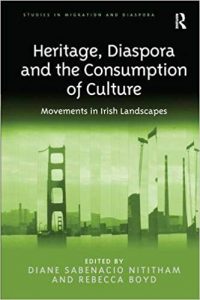 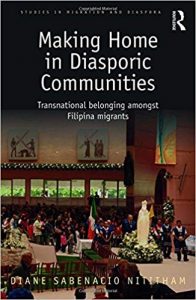 By examining various movements of people into and out of Ireland, the book explores how expressions of cultural capital and symbolic power have changed over time in the Irish collective imagination, shedding light on the ways in which Ireland is represented and Irish culture consumed and materialized overseas. Arranged around the themes of home and location, identity and material culture, and global culture and consumption, this collection brings together the work of scholars from the UK, Ireland, Europe, the US and Canada, to explore the ways in which the processes of movement affect the people’s negotiation and contestation of concepts of identity, the local and the global.

What’s Up, TCK? with Julius Arbo 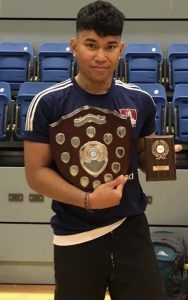 Also in the show is Julius JC Arbo from Cavan who shares his views on being a “Third Culture Kid” in Ireland, or a child raised in a culture other than his parents’ for a significant part of his early development years.

A Third Culture Kid (TCK) is defined as someone who has spent a considerable portion of his or her childhood in a country other than his or her parents’ countries.  In this case, Julius, a Filipino TCK in Ireland, is someone who moved from the Philippines to Ireland at some point during his childhood or young adulthood.  Any TCK has a tendency to mix and merge their birth culture with their adopted culture, creating one of their own:  a Third Culture.  TCK’s are known to be worldly, having a deeper understanding of different cultures, perspectives and world views, and some find being rootless as giving them a sense of freedom.  However, TCKs asp struggle with issues of personal and cultural identity, a sense of belonging, and definitions of what “home” is.