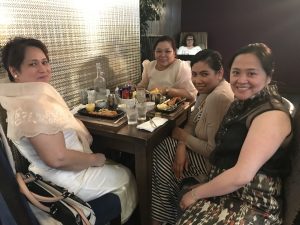 The conference was featured in the following news media (click links): 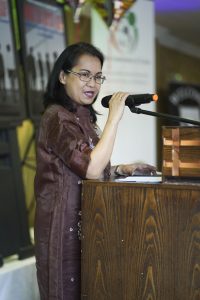 Philippine Labour Attaché Assistant Secretary Amuerfina R. Reyes of the Philippine Embassy in the UK and Raymond Garrett, Philippine Honorary Consul to Ireland first spoke about the Philippines and Filipino migrants to a diverse multicultural and multi-sectoral audience. 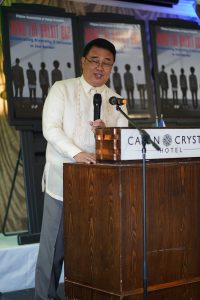 Victor Cosingan, Couples for Christ Mission Head in Ireland spoke about how his religious community of couples and families, leave the uncertainties of Brexit to God, whom he trusts and believes will guide and protect everyone.

Full speeches of renowned speakers can be found in the links below:

“Today, it is hoped that attendees will get some sense of understanding or some semblance of order of what Brexit is and its possible effects on our communities. Or since Brexit is still very unclear and uncertain even to the Brits, I hope we will, at the very least, know the different communities around us, know the support networks available for us during this time of uncertainty, become empowered during this unsettling time, and be stronger together with the much needed supportive energy in order to allay fears and anxiety, and prevent communities to be polarised further.”

“The border region is a wonderful mixing pot of diversity and inclusion.  As we all know Brexit creates potential for major disruptions in our lives. I hope today’s forum will give us all a better inside and leave us more prepared for Brexit.

“We are facing a toxic global discourse.  There is a way, I believe, that you and all of us can actually get this Brexit discussion beyond a political argument.

“The Good Friday Agreement foresaw greater harmonisation between North and South and we must all work towards the continuing evolution of relationships between both parts of Ireland as seen in that Agreement.”

“Disability crosses all nationalities, all races and all religions. People with disability face discrimination daily, whether it is lack of education, lack of training, employment, or basically lack of access to their own environment.”

“I don’t want to be merely “tolerated.” I expect my allies and friends to challenge every instance of Transphobia in all its guises to help me and every transgender and intersex individual achieve the acceptance and respect we deserve.”

“Migrants whose rights are protected can live in dignity and security. In turn, they contribute to society both economically and socially than those who are exploited, marginalised and excluded.”

“Brexit – as challenging as that is, I hope that our members of Parliament, individuals in positions of decision-making will continue to value and uphold the strength and the positiveness that comes together when you have people working together.” 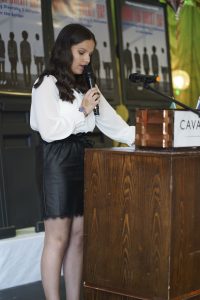 “Holding on to my Polish roots is very important to me. Even though I Love my life in Ireland, my heart will always be in Poland with the rest of my family. “

“Difficulties, problems, worriers and anxieties, that, initially seemed insurmountable were overcome through contact, communication, dialogue and exchange, and so, it is likely to be the case with Brexit!”

“Being an optimist, I see Brexit as an opportunity for us to accept and embrace change with a positive attitude.” 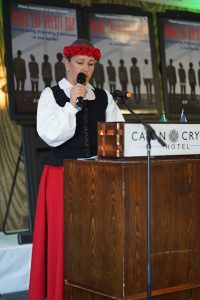 “If there is a hard border, the mushroom business will be hit and we might be out of a job. ”

Performers from different countries graced the event starting with Rodelle Borja, 2019 Ireland’s Got Talent Filipino Semi-Finalist who sang the Philippine National Anthem, and Polish Student Malwina Łukaszewicz who sang the Irish National Anthem. Latvian Dancers of the Cavan Community who will represent Ireland at the Latvian Festival in Toronto, Canada in July performed two dances. Indian boys Cris Nidhin danced to a song from the famous Indian movie “Lakshmi” and Neeraj Shanmugha whistled to pop-song Shotgun.